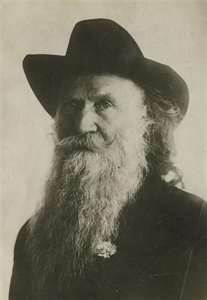 Joaquin Miller Park is named for one of the late 19th century’s more colorful figures, Cincinnatus Hiner (“Joaquin”) Miller. Born in Indiana in 1841, he was a pony-express rider, lawyer, judge, teacher, gold prospector, nomad, and author.

During a trip to the Bay Area in 1870, he met Ina Coolbrith, California’s first Poet Laureate and Oakland’s first librarian. She convinced Cincinnatus to take the colorful pen name of “Joaquin” Miller. He later became known as the “Poet of the Sierras.”

When he returned to Oakland in 1886, he settled on 70 acres of grassy hillside, which he purchased parcel-by-parcel in the hills above the “City of the Oaks.” In an effort to create an inspirational artists’ retreat, he erected monuments, built structures for his mother and daughter, and coordinated the planting of 75,000 trees: Monterey pine, Monterey cypress, olive and eucalyptus. He died in his home in 1913. 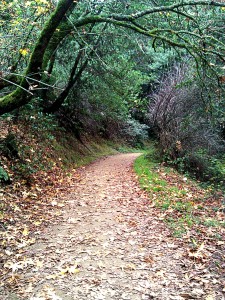 In 1919, the Oakland Parks Department purchased approximately 68 acres from Joaquin Miller’s estate, allowing his wife and daughter to live out their lives there in their homes.

By 1929, when developers began building nearby, Save the Redwoods League purchased adjacent redwood groves, which were later acquired by the City. In 2004, the city bought 8 acres of nearby Castle Canyon using Measure K funds.

FOJMP Board Meetings are held monthly, normally on the 2nd Monday, from 8:30 to 10 AM, at the Joaquin Miller Community Center. March and April 2021 meetings will be held on the first Monday @ 7 pm to enable wider participation.

(We do on occasion switch up the dates, so check here for updates.)

The Board of Directors is composed of representatives of various stakeholders in the park, including hikers, cyclists, equestrians, dog owners, local homeowner groups and history lovers. All meetings are open to the public, and we welcome your participation. A public comment session is provided at the start of the meeting for anyone who would like to bring issues to the board.

Please drop us a note at info@fojmp.org if you have any questions.